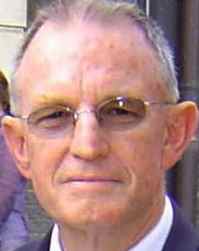 Contrary to popular belief Celebrancy as a profession did not begin in the US but in Australia in the mid 1970’s.

Dally Messenger is a Don of Civil Celebrancy and a dream maker of this century. His spirit of adventure, vision and commitment have been instrumental in shaping the development of Celebrancy worldwide.

On 27th February 1974 the famously forward thinking Attorney-General, Lionel Murphy, appointed Dally as the first Secretary of a ground breaking movement that he established personally, called ‘The Association of Civil Marriage Celebrants of Australia’ (ACMCA)

Dally shared Murphy’s vision of providing ceremonies of ‘substance and dignity’ for those couples who preferred a secular or spiritual ceremony rather than one adhering to a particular organized faith.

He established his own College of Celebrancy and with his wealth of experience, expertise and philosophy, Dally has constantly campaigned for Celebrants to elevate themselves and their craft to achieve the highest standards possible.

I would highly recommend Giuseppe and Diane Rossi as Officiants. Their passion and dedication to Celebrancy is well known. If you are looking for wedding professionals, who will dedicate time and attention to creating a beautiful and meaningful ceremony, then you need look no further. Dally